Many are the consequences of deforestation, which, like the environment, are interrelated, causing a devastating domino effect. If we talk about consequences, we can observe a spread from the local level to the regional level, eventually expanding to the global level.

The chain begins with the felling of a tree in any point of the planet, this is equivalent to the absence of a link in a great chain. In such a way that what seems insignificant in itself becomes primordial and essential in
the environmental “tissue”. 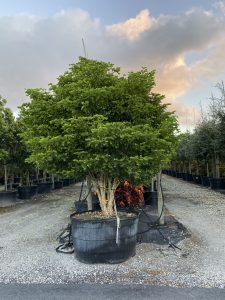 The most serious and short-term consequence of deforestation is probably the loss of biodiversity. The aseptic phrase “loss of biodiversity” masks the fact that the annual destruction of millions of hectares of forests; within the extinction of thousands of species and varieties of plants and animals.

At the same time, standing tree stands left after deforestation are not usually large enough to maintain biodiversity. Deforestation is eroding this precious resource that is biological diversity.

The deforestation that begins with the extinction of green spaces and natural areas. Continues with habitat destruction and desertification causing a great contamination of the basins, rivers, streams and lakes.

In this way the wind by the absence of trees ends up causing a soil erosion process, since there are no trees, this drags the upper and fertile soil layer, and the water carries this same layer to the depths of rivers and seas.

The watersheds that once supplied drinking water and irrigation to communities are now subject to extreme fluctuations. The loss of pure drinking water exposes the health of communities to the danger of various communicable diseases. Another consequence of deforestation is direct collaboration with global warming. The rate of increase is very serious, being approximately 0.3% of Celsius per decade in the lobal temperatures. This is due to an increase in carbon dioxide present in the atmosphere, which has increased by 25% in the last 150 years.

Consequences of deforestation are devastating, are something to have in mind! For further information contact us.