Flowering Trees: Why some flower more? 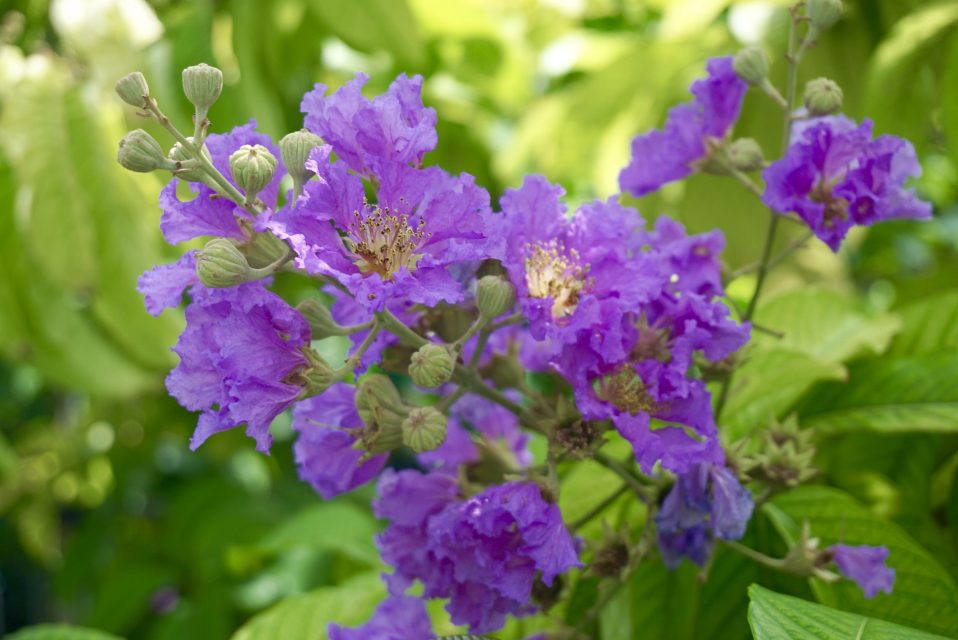 Why Do Some Flowering Trees Have More Flowers Than Others? The question above is interesting, and also challenging to answer. Explaining this phenomenon is not easy, because it concerns the variability of flowering patterns within individual tree species; and species-to-species comparisons regarding the magnitude of flower production. Trees typically produce an abundance of flowers not all of which are pollinated or develop into fruit. Tree flowering in generally set by genetic makeup which reflects evolutionary changes over time that offer an advantage to the tree’s reproduction and survival.

The flowering cycle with trees is a largely annual, biological event which also includes, budding, leafing out, leaf fall and fruiting. These [1]phenological events has a close connection to climatic conditions; and their changes are linked with the seasons. It is most dramatic conspicuous in the middle latitudes where seasonal temperature changes are most pronounced.

In warmer climates and in deserts, rainfall patterns provide the primary triggering mechanism for leaf and flower production. In tropical deciduous tree species, [2]flowering frequency patterns have evolved as an adaptation to an annual leafless period. Affecting the rate and period of vegetative growth, as well as the length of time necessary for fruit to mature. Phenology is important in the study of the ecology of wild plants, including their pollinators; and of major concern with respect to cultivated trees.

In warmer climates, where seasonal changes in temperature and rainfall are not so significant, except in deserts, tree flowering is characterized as being either extended or mass. In extended flowering, the tree produces a few flowers each day and continues to bloom for weeks to months. For example, the Jamaican Cherry (Muntingia calabura) bears flowers more or less continuously throughout the year. Notable among ever-bearing cultivated trees are the African oil palm, cacao, coconut, coffee, lemon and lime. In these trees, there are present simultaneously flowers, immature fruits and mature fruits. This gives these crops the great economic advantage of spreading production over the entire year, rather than being seasonal. Ever-bearing trees are without exception evergreen.

The phenology of cultivated trees has been studied in some detail and reveals that the magnitude of flowering and fruiting operates on a biennial cycle, including those which are ever-bearing. Apparently, if a tree produces a bumper crop one year, the following year’s production will be notably less; this occurs even if climatic conditions are stable. Anecdotal evidence suggests the same may be true of ornamental plants. 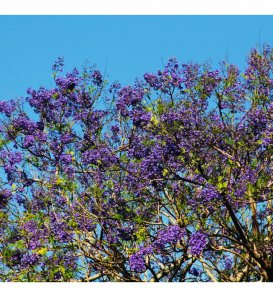 In mass flowering, the tree produces many flowers each day but blooms for only a period of days, weeks or months. Some typical examples of mass flowering trees are Jacaranda (Jacaranda mimosifolia), a spring bloomer which continues to flower for about 2 months; Crepe Myrtle (Lagerstroemia spp.), flowers for up to 4 months in summer and Hong Kong Orchid (Bauhinia x blakeana), bears flowers for 4-5 months in winter. As shown in the above discussion, the abundance or lack of abundance of flower production in trees varies within species from season to season, and among species for both genetic and environmental reasons.

[1] Phenology is the scientific study of how climate affects biological events in both animals and plants including trees.
[2] Flowers and their structures are what separate higher plants from more primitive types, such as ferns (sporophytes) and mosses (poryophytes).