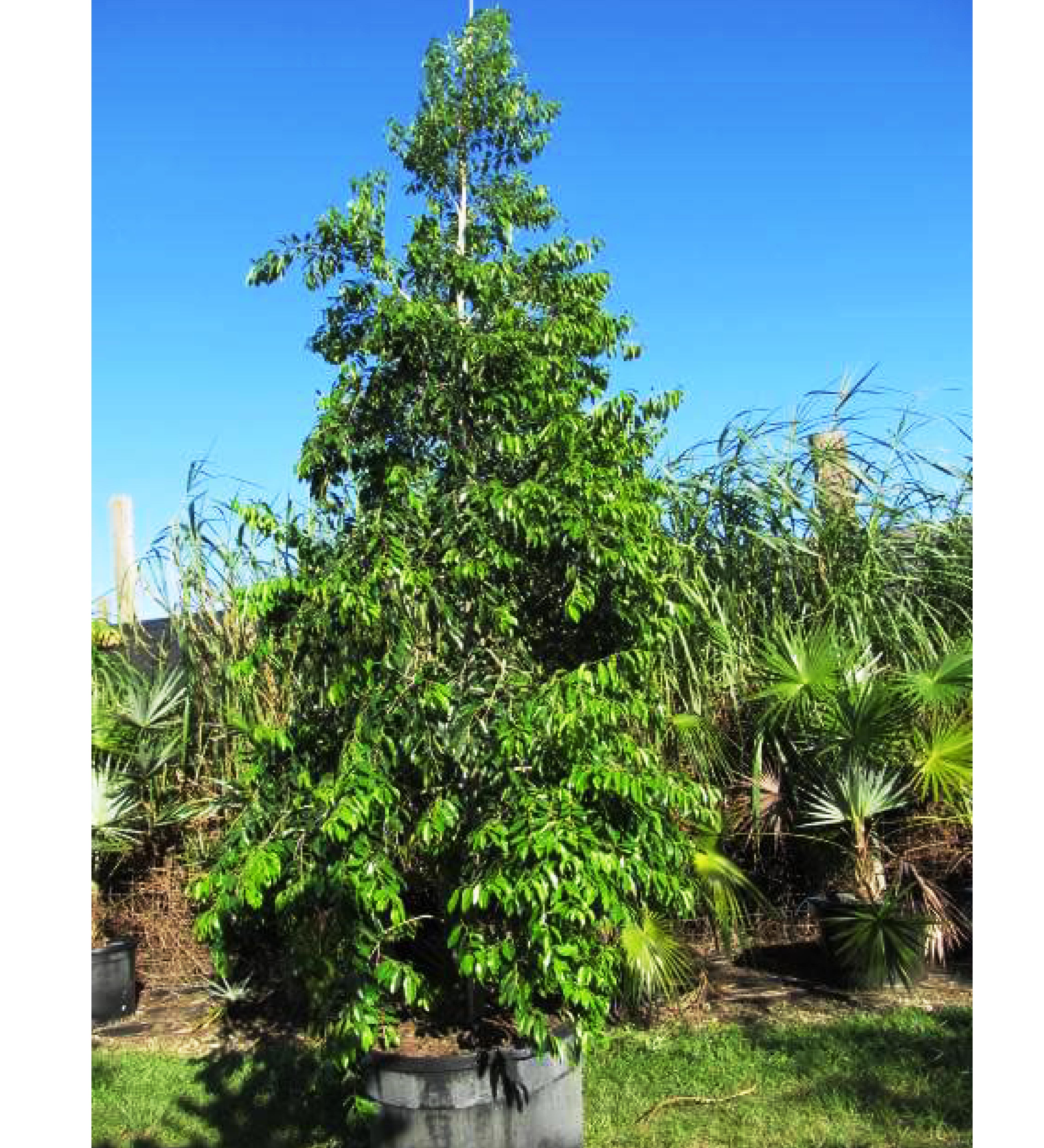 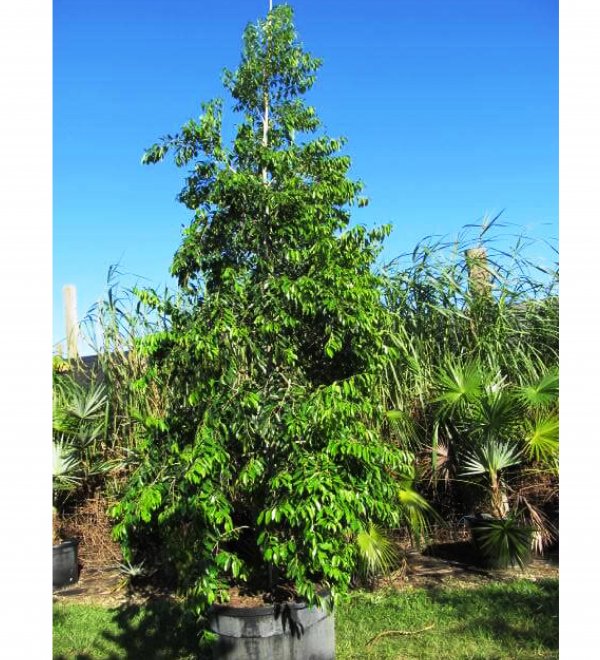 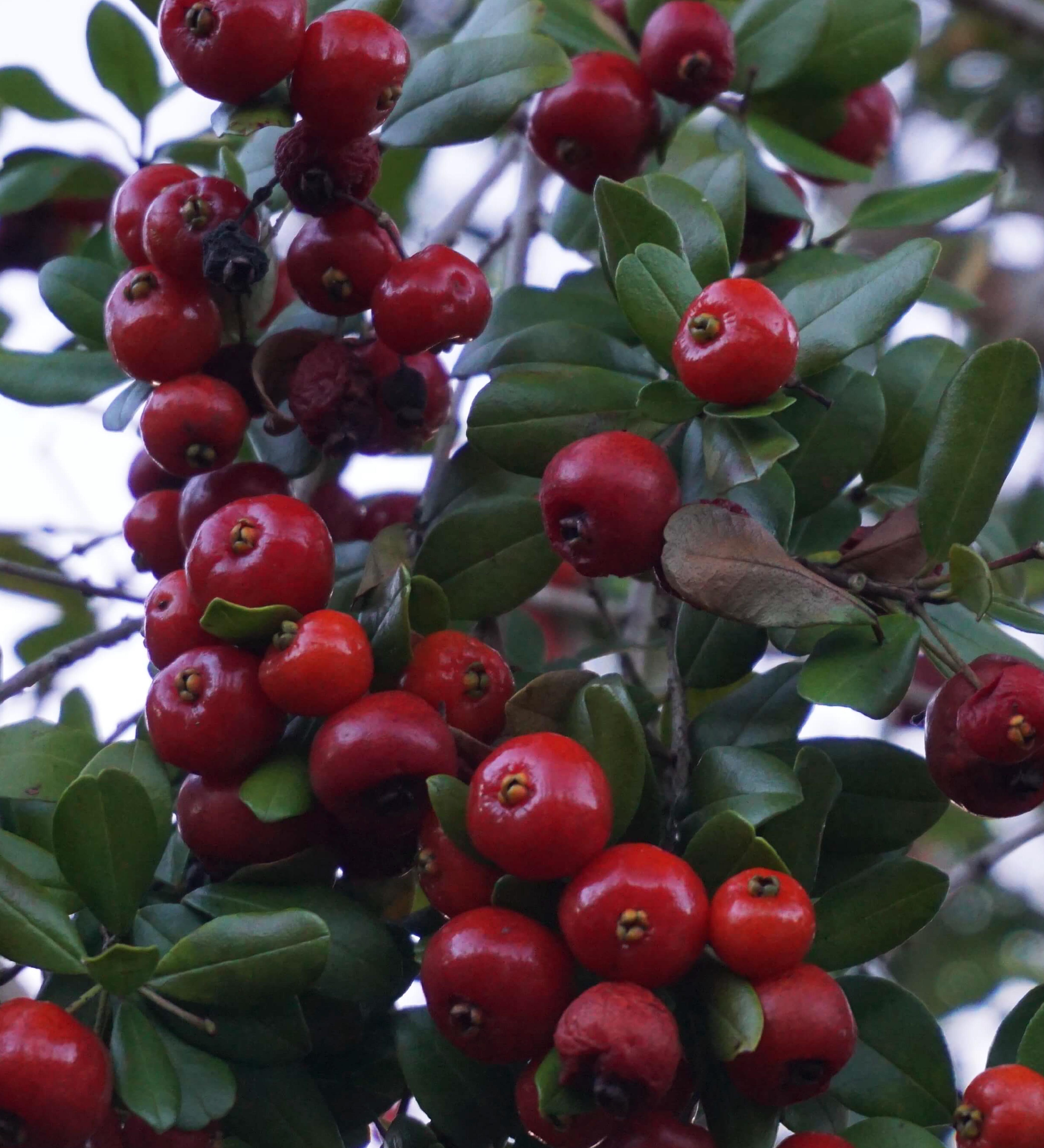 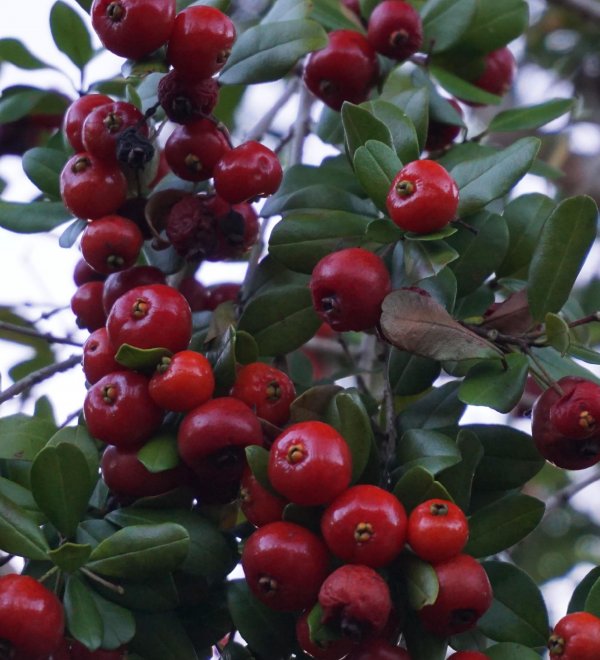 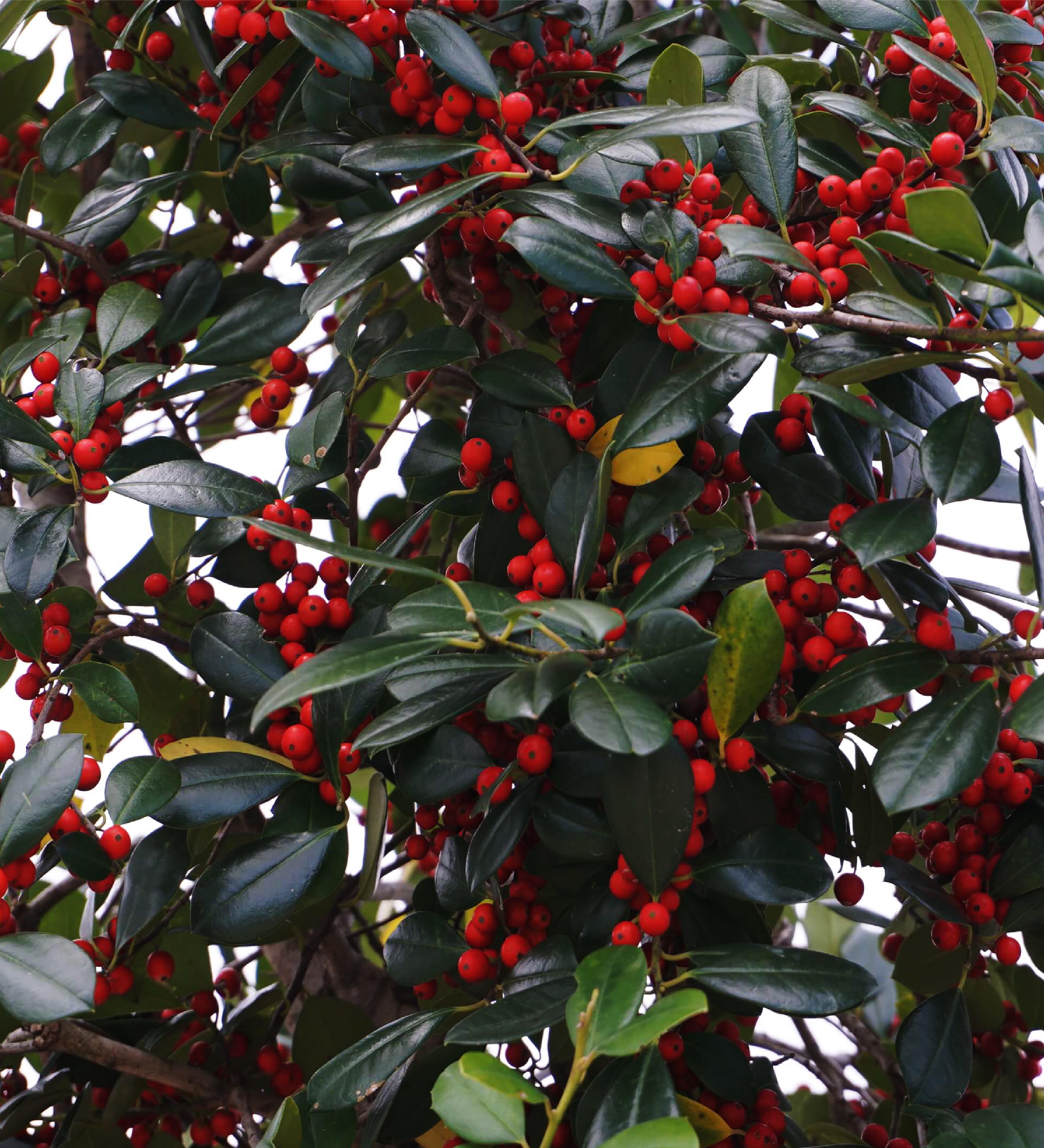 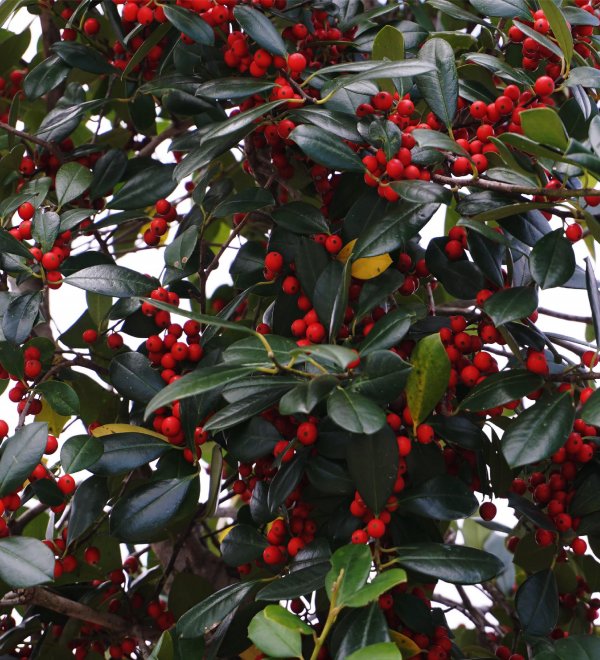 Ilex Krugiana (Krug’s holly) is one of some 500 species that occur in temperate to subtropical regions. Krug Holly is a common ornamental shrub and tree. The species name honors the 19th-century German Botanist Leopold Krug  (January 7, 1833 – April 4, 1898) who first described the plant in South America.

It is native to the Southeastern USA, West Indies, and South America. Additionally, the holly is a handsome middle-size tree with thin smooth bark. Additionally, the bark is white when young. It also has an open irregular crown with leathery, dull green, .5 to 1.5 inch long leaves.

In landscaping it serves as a screening hedge, grown in containers, along streets and sidewalks. It responds well to pruning. As it has a low salt tolerance it’s not suitable for seaside locations.

The tree is dioecious with separate male and female plants; for fruit production a male is needed for pollen, delivered by bees. In Florida, wild native populations of this tree are threatened.

Yellow adds light💛, color and it brighten up th