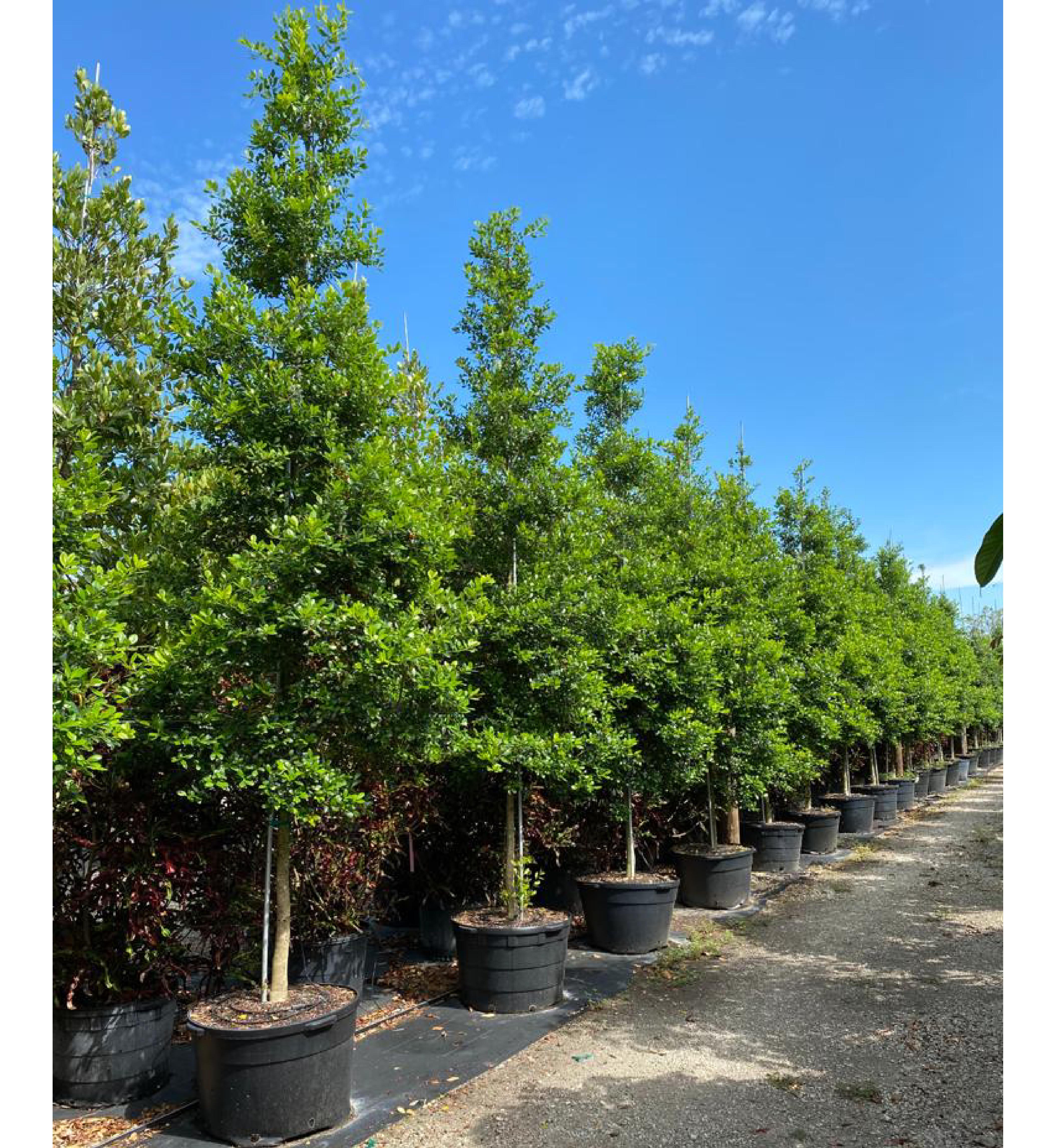 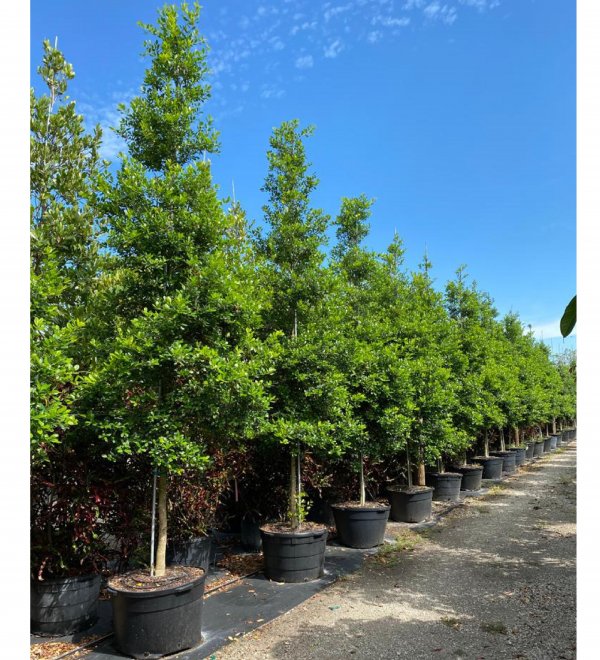 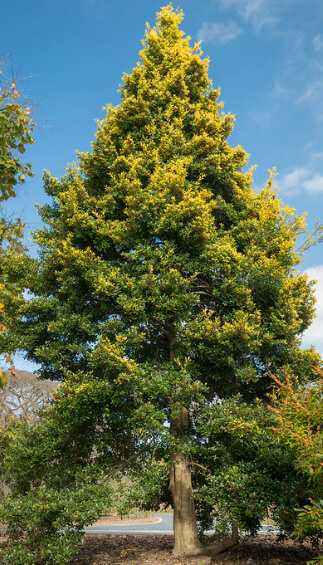 Among the approximately 500 species of hollies there are natural hybrids, such as Ilex x Attenuata (East Palatka holly); a cross between Ilex cassine, and Ilex opaca (American holly).

Furthermore this Florida native was first discovered in 1927 near the town of the same name, about 25 miles southwest of st. Augustine, where the two species overlap in distribution. Accordingly, East Palatka holly is a medium to large tree with fairly dense foliage and a pyramidal shape. The evergreen leaves are elliptical to oval, spiny on the edge and tip.

Additionally, it has a range of landscape uses as a durable street tree, along highways, as a specimen tree, as a screening hedge, in containers, and to decorate parking lots. One of the most eye-catching traits, is a row of  East Palatka Hollies as it looks quite uniformly.

This holly has no serious pest or disease problems. The tree is dioecious with separate male and female plants; for fruit production a nearby ilex male is needed for pollen, delivered by bees.

Yellow adds light💛, color and it brighten up th