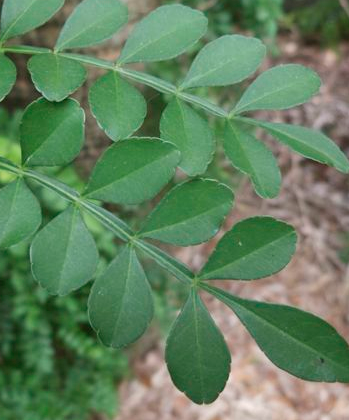 One of the most frequent questions is what is the most common disease in plants? To answer this, it’s important to define the term “disease” in plants frequently has quite a broad meaning, describing mostly progressive and  weakening; of the plant’s structure or functions of its parts. There are two general groups of causative factors: non-living (abiotic).

Which includes environmental factors such as lack of a certain nutrient in the soil or being subject to salt spray in a coastal location; impeding normal leaf functions. Mainly, because these factors and others can affect a plant by placing it under abiotic stress. And lead to to a manifestation of a range of conditions such as difficulty with growth or the deformation of leaves or other organs.

The second group consists of living biotic agents (pathogens), including: fungi, viruses, bacteria, plant parasites and others. Pathogenic plant diseases vary and widespread and can be devastating in certain instances. But because the pathogens have in many cases evolve with certain species or groups of species.

Individual plant diseases may be limit to a number of species; in certain cases they are host specific. For example, the fungus-like blight seriously affecting potatoes and tomatoes; is not a general threat to other garden plants. By contrast, insect pests often affect a wide range of species, the extreme example being locusts in Africa; which when a severe outbreak occurs, all types of vegetation in the path of the locusts are decimated.

The best management measures to take against the threat of plant disease is to maintain a healthy garden. A tree or shrub suffering from abiotic stress conditions is more likely to suffer from and succumb to a pathogenic attack because resistance lowers.

On the other hand, a healthy vigorous plant may be able to overcome the pathogenic infection on its own or with proper treatment and recover fully. In most cases where a healthy plant exhibits disease symptoms, the malady will be easier to diagnose; because we assume abiotic factors will not to be at play. Unfortunately, it is not always that easy because symptoms are often not clear-cut.

Visible evidence of a disease designates itself, either as a symptom or a sign. Some of the common symptoms are: abnormal performance such as dieback, leaf discoloring, wilting or areas of wood decay on the trunk or branches. Clear evidence of a causal agent such as fungal growth on any part of the plant or the presence of a colonizing parasitic plant are referred to as signs.

Keeping a watchful eye on garden plants and reading the signs that something is abnormal is important. In so doing, take action to prune off any dead branches, reduce the epiphytic load of plants like Spanish moss; which can impair normal leaf functions and cut off any parasitic plants like Mistletoe. An average of 85% of plant diseases are because of fungi or fungi-like organisms. If fungus growth is a problem, it may be a consequence of high humidity below the garden canopy. If that is the case, thinning of branches will allow more light to enter will reduce the humidity level; and discourage fungal growth. Removal of dead plants and dead wood is also recommended.

It is beyond the scope of this blog to discuss individual plant disease diagnosis and treatment. Chemical treatments are available for most maladies once a diagnosis has been made.

If you have any questions regarding the subject of others contact us!

Architecture could not complete its job without co