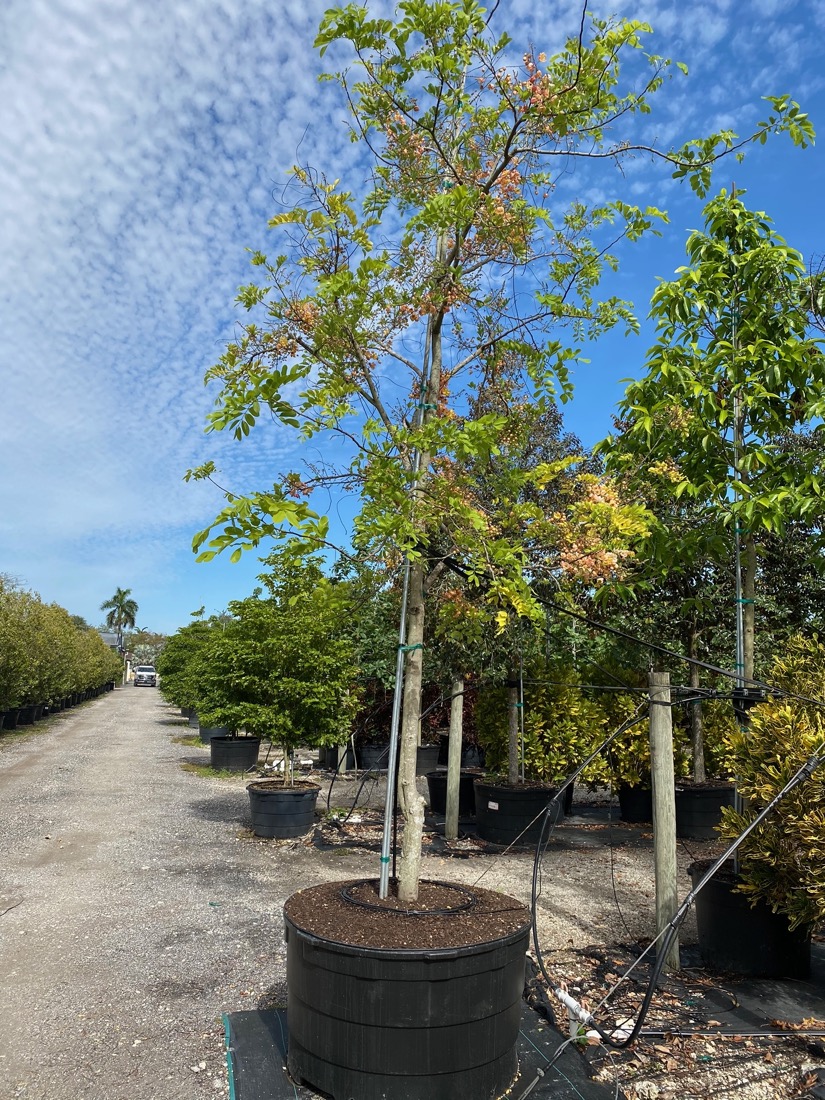 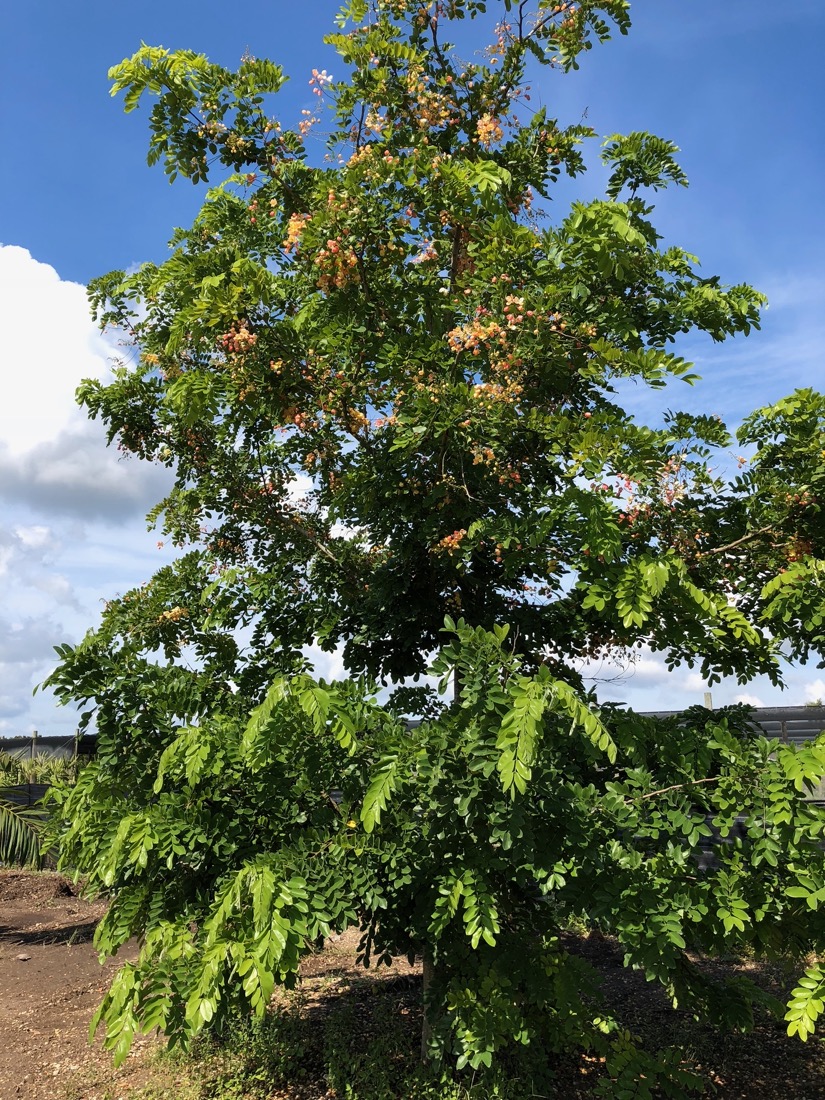 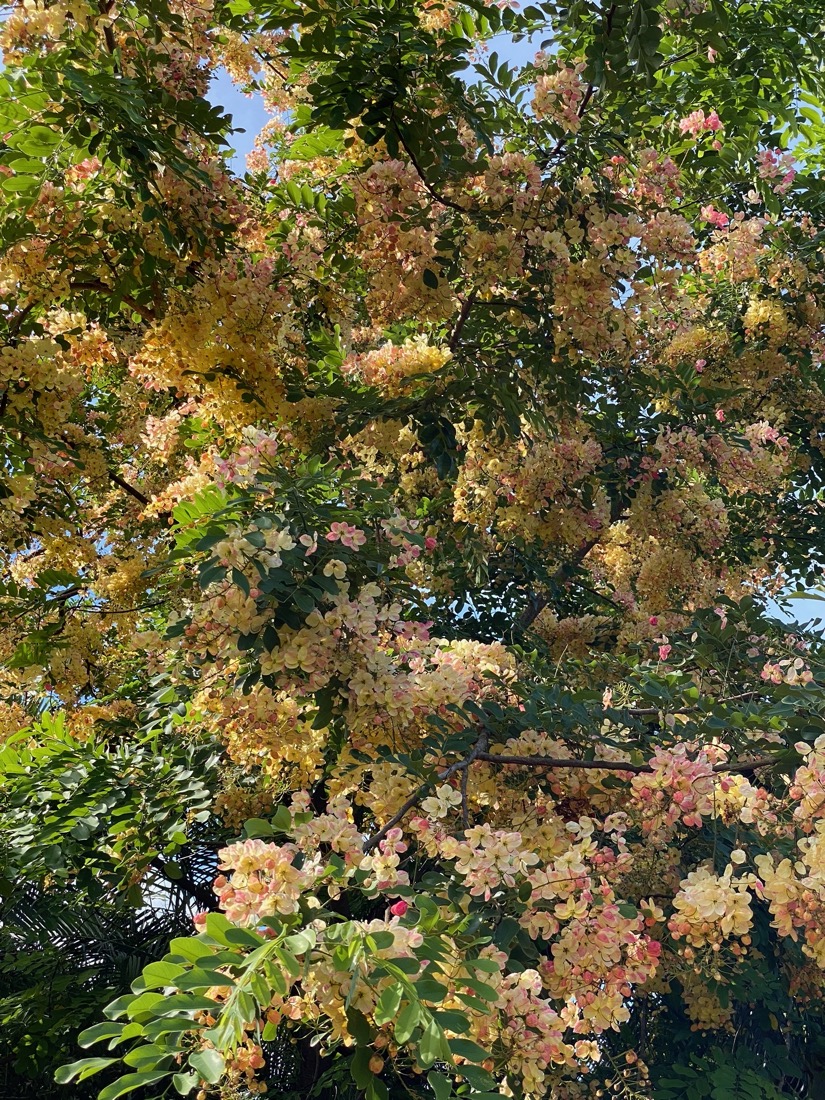 The Cassia X Nealiae (Rainbow Shower) is an example of a natural hybrid between the golden shower tree (Cassia Fistula) and apple blossom cassia (Cassia Javanica). The Cassia fistula has yellow flowers while the Cassia Javanica has pinkish red flowers. This hybrid occurred in a garden in Hawaii. In Hawaii, there are no native cassia species although they are easy to spot in that region. This hybrid is so attractive that additional plants were produced by intentional cross-breeding.

Cassia X Nealiae (Rainbow Shower) tree resembles the appearance, growth habit and landscape use of its parent species. If you take a look at images in the gallery the flower shapes are very similar. Also.  they all have a fast growth rate.  As a result of its gorgeous display of flowers, it is desirable as an ornamental tree. Its abundant flowers  produces variably colored blooms with shades of white, yellow, pink, orange and red; and few if any pods, reducing the litter problem.

This hybrid specie, Cassia X Nealiae (Rainbow Shower), has proven to be so stunning and enigmatic; that as a result it has coined two color variants ‘Lunalillo Yellow’ and ‘Queen’s Hospital White’

Because of it’s popularity in Honolulu, and being the most common tree, it is the official tree in the city. It is a good choice for gardens or parks as a showy accent or specimen tree.