Home » Blog » Weather And Climate and their impact on trees

Weather And Climate and their impact on trees 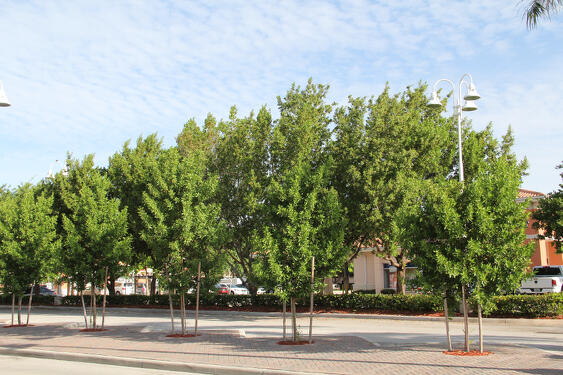 05/20/2020
By admin
Uncategorized
At times, the terms weather and climate are used incorrectly. Climate is the average of weather conditions in a particular region or location, while weather describes the day–to-day conditions. And the classification of the climatic regions, over the earth’s surface according to scientific data; are  mainly by two primary atmospheric factors. Average annual temperature and precipitation; both upon long-term averages of 30 years or more.

Take Florida’s climate as example , as it is popular for having warm temperatures, with warmer humid summers and mild to cool winters, but with the risk of an occasional freeze. Rainfall is higher in summer, with a general distribution over the year; although periods of drought may occur. Furthermore, within this general climatic region, there exist small areas where average conditions are slightly warmer, cooler, wetter or dryer, creating distinctive microclimates. The barrier islands of Florida’s Gulf Coast, for example, enjoys a warmer microclimate, on average and with less risk of a freeze; mainly because of proximity to the warm waters of the Gulf of Mexico.

<h2> Earth’s Climate and the importance of trees</h2>

The earth’s natural vegetative cover is a direct result of climate, with trees representing the most significant plant form. Climate is the chief determinate of tree growth; collectively, trees play a key role in terms of global climate. Extensive areas of tropical rainforest, such as in the Brazilian Amazon, have evolved in response to conditions of high average annual temperatures; some above 64°F and abundant rainfall every month. The Amazon Forest, in turn, has a major world impact on the atmosphere through the absorption and storage of large quantities of carbon dioxide and the release of substantial quantities of oxygen. Earning the tittle of the the “lungs of the planet.”

At the local level, with the cultivation of trees  conditions can modify to create a slightly cooler or warmer microclimate. Air temperatures in the shade of a tree are always a few degrees cooler than in direct sun. The cooling effect is a direct result of transpiration from tree leaf surfaces which takes up latent heat from the atmosphere and cools the surrounding air.

Consider an oasis in the Saharan Desert in Africa. The desert climate is hot and dry; rainfall is sporadic and unpredictable. And ground surfaces are bare sand or rock with few plants or animals. But if a subsurface water source exists and if people are exploiting it, that same dry landscape can  transform into a productive multilayered garden of date palms and other fruit trees, casting cooling shade for an understory of annual food crops, along with creating favorable conditions for livestock rearing and human habitation.

In any climatic regions, strategic landscaping with trees and shrubs around houses, apartment buildings and commercial structures. As it  can minimize the negative impact of sun and wind and create desirable micro-environments; even in a densely populated urban area. Trees and shrubs near the prevailing wind, reduce its velocity, slowing down the negative effects on structures in terms of cooling or heating.

Besides, depending upon the local conditions, deciduous or evergreen trees may be selected to fulfill this role. Trees also have a role in the earth’s carbon cycle by extracting carbon dioxide from the atmosphere and storing it; the carbon in the tree where it remains until the tree dies and decomposes. The increase of carbon dioxide in the atmosphere has been identified as the leading greenhouse gas contributing to the steadily increasing global temperatures. This is another important way trees affect climate and ultimately weather patterns.